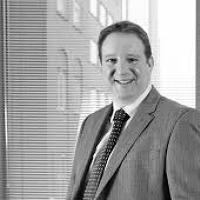 Hi, I'm Stuart. It's a pleasure to meet you. Feel free to contact me by clicking on the contact button.

Hi, I'm Stuart. It's a pleasure to meet you. Feel free to contact me by clicking on the contact button.

Stuart is a partner of Clarke Willmott LLP, a national firm of solicitors providing a broad spectrum of legal services for businesses and individuals. He is based in the Birmingham office but his clients also benefit from him being part of a team of experts based in seven offices across the country – Birmingham, Bristol, Cardiff, London, Manchester, Southampton & Taunton.

Stuart trained at Pinsents and qualified in 1993. In 1996 he joined Martineaus where he became a partner in 2000 and thereafter became head of that firm’s Commercial Disputes team.

He joined Laytons in 2006 as head of the Dispute Resolution team in Laytons’ Manchester office.

He is an experienced practitioner in cases involving the Commercial and Technology and Construction Courts and the Court of Appeal. He is also an active participant in mediation and has referred many cases to this form of ADR.

Stuart is also well known for his niche expertise in gun law (where he has advised numerous organisations and individuals within the gun trade). He regularly writes for several publications involved in the gun trade.

After completing his training and while approaching his formal qualification as a solicitor in 1993, Stuart’s then Principals advised him on his future career path. Stuart has carried those few words of advice close to his heart throughout his career. They said:  “Stuart, the reality is you are a litigator; that’s what you are and that’s what you will always be.”

Since then, Stuart has conducted many thousands of cases, of all shapes, size and complexity for clients and, in doing so, has attained an enviable track record for successfully resolving and “winning” disputes.

Stuart’s approach is very much collaborative. In whatever case he is involved, he is always “hands on” and outcome focussed. He works closely with his clients at all stages and always looks for the most pragmatic and cost effective means to resolve the dispute in hand.

Stuart is always conscious of the fact that engaging  lawyers to act and advise in disputes is very much a distress purchase and therefore he aims to provide strategic advice which will have a lasting benefit to his  clients beyond the dispute – whether that means specific adjustments being made to the client’s business or legal documents or a wider review of the client’s commercial relationships with third parties.

Stuart’s practice has always featured an element of the technical and he has been involved in a wide range of disputes which require an appreciation of production,  manufacturing, light and heavy engineering and electrical know how. For example he has dealt with claims  relating to WW1 Howitzers, pipelines, undersea cables and connectors, evacuation chambers on oil rigs, sports and classic cars, wallpaper machines, many forms of corrosion, horticultural sprinkler systems, rail rolling stock, electricity cabling, wind turbines to name but a few.

This solicitor hasn't yet added any education to their profile

This solicitor hasn't yet added any testimonials to their profile

Acted for and advised a German owned company in relation to a claim against its auditors for failing to undertake appropriate checks and verifications as part of their audits which resulted in them failing to spot a systematic fraud being conducted by its financial controller over a period of at least four years.

The claim required detailed input and comment from specialist forensic accountants and was eventually settled prior to issue of proceedings for a substantial figure. The claim also involved parallel civil and criminal proceedings against the financial controller which resulted in further recoveries and confiscation orders being made against assets.

Acted for and advised a client in the engineering sector. The client manufactures corrosion test chambers which it sells to other manufacturers worldwide. A claim was brought against a supplier of certain components incorporated in its chambers which, it is alleged, subsequently failed in large numbers in the field across the world, nearly causing the company to suffer a financial catastrophe. The issues include highly technical matters requiring technical expert input. The claim was resolved following a mediation process.

Stuart acted for the Claimant, Jones, in the latter Court of Appeal stages of the test case of Jones –v- Sandwell Metropolitan District Council [2002] 2 All ER 1 which, along with others dealt with at the same time, became the leading case on bullying/stress at work.

Legal 500(2016 edition) describes Stuart as someone who “thinks outside the box and delivers what he promises”.

An organisation which aims to represent and provide training for lawyers practising in professional negligence (principally claimant based).