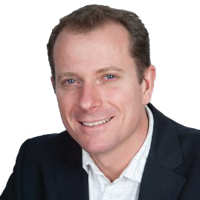 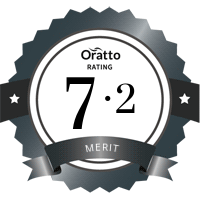 My name's David and I'm ready to lend my experience and expertise to your case. So please do get in touch by clicking on the orange 'Contact me' button.

My name's David and I'm ready to lend my experience and expertise to your case. So please do get in touch by clicking on the orange 'Contact me' button.

David has built an extensive commercial litigation practice over the past couple of decades by focusing on claimant professional negligence and commercial fraud claims. David combines clear leadership with a hands-on approach and has developed an impressive track record of optimising recoveries for his clients.

David is acknowledged as one of the UK’s leading professional negligence litigators by the Legal 500 and Chambers & Partners, having been described as, “amenable, thorough and dedicated, drawing in clients with his in-depth knowledge …”; with “extensive knowledge of legal issues.”

David is directly involved in cases, being passionate about developing practical, commercial solutions. He brings over 25 years’ experience of specialising in complex litigation and professional negligence and fraud claims against solicitors, barristers, surveyors and other advisors.

He is also an accomplished general commercial litigator and has, throughout the years, covered a wide range of practice areas in all types of corporate disputes, injunctions and injunctive relief as well as insolvency, debt recovery, and intellectual property including international disputes

David is also an accredited CEDR Mediator and believes strongly in the merits of alternative dispute resolution methods such as mediation.

Claim arising as a result of failure to provide appropriate wealth management and pension/investment advice including, a failure to, properly assess (and keep under review) the level of risk the clients were willing and able to take in relation to their money which was to be invested and select investments consistent with their risk category: £2 million

Acting for the Administrators of a short term lender in a conflict of interest situation in a valuer claim. The Defendant alleged that the claim was statute barred putting the acting solicitors into a conflict of interest. Advising on whether the claim was barred and on the settlement offers as they were made which included being on standby during the mediation at which the dispute was resolved: £1.3 million

Claim for recovery of the proceeds of sale of a business fraudulently diverted where an email instruction to their solicitors had been intercepted and replaced with a change of instructions on which the solicitors acted: £180,000

Acting for the trustee of two estates in relation to a claim against a firm of solicitors for advice that the trustees sign a variation to a Nil Rate Band Trust to regularise the inheritance tax position.  However this was inappropriate and as such the trustee was in breach of trust.  The case also involved s61 of the Trustee Act 1925.  On advice the client was able to mitigate the loss in full and is now pursuing costs: £325,000

Acted for a developer company in relation to a claim against solicitors in relation to a failed property transaction for failing to identify and purchase all component parts of a plot for the development to proceed: £1 million

Acting for a company in liquidation against one of the Big 4 accountants for auditor negligence – an exceptional achievement given the difficulty in claims where the director and sole shareholder of a closely held private company deceived the auditors with fraud carried out on all creditors: £6 million

a group claim against a firm of solicitors involving issues of securitisation, mortgage account sales and sale and lease backs: £850,000

approximately 75 claims against solicitors and valuers in relation to five multiple buy to let portfolio borrowers.

a claim against a firm of surveyors and the individual surveyor for their alleged negligent overvaluation of nearly 50 properties: £4,000,000

a group claim against solicitors for breach of fiduciary duty and negligence in relation to 13 properties: £2million

a solicitor claim for breach of fiduciary duty and negligence. Insurance coverage was reserved pending investigations, which included a criminal trial for fraud of one of the former partners of the Defendant firm: £1.2 million.

pursuing a valuer claim on the primary basis of a ‘no-transaction’ claim because the seven security properties were next to a factory had the valuer correctly reported the location of the property, the lender would not have proceeded with the application.  There were issues of limitation and the correct measure of loss and the claim was settled at mediation:  £700,000

pursuing a claim against a barrister for breach of duty whilst acting for Mr and Mrs Partridge in a claim against a high street bank in Gibraltar (2011-P-229) arising out of loans made to them and secured on thier property. The barrister was instructed under the direct access scheme and as a result of his negligence the claim was struck out.

A claim for fraud arising out of the dishonest diversion of business, clients and income by the Managing Director and others. The Defendants had dishonestly diverting payments and used the client’s news feed to provide services to other customers. After obtaining a Freezing Injunction against the Defendants and having settled the claim there will be a near total recovery: £3,000,000

Defending a claim pursuant to a personal guarantee and legal mortgage on the basis that the underlying contract was illegal: $350,000

Acting for a bank in a claim under a personal guarantee. The guarantor has alleged that the company was not indebted to the bank because fraudulent and/or unauthorised payments were made by it to the company’s suppliers: £150,000

Defending a claim by two investors in the company who had failed to complete an arrangement to pay £2.8m for the purchase of plant and machinery and then claimed title to the plant and machinery and its delivery up. The shareholders then commenced proceedings in Court in Kaliningrad, Russia and we liaised with our client’s Russian lawyers on issues of company law and title to goods. Our client was successful and we are now advising on potential claims against the two investors for losses arising from their failure to complete the arrangement: £2,800,000

Shareholder dispute arising from the ownership of a company by one shareholder which the other claimed should be a subsidiary: £10,000,000

A claim against the seller of a company for failure to disclose material information regarding the use of land and reports as part of the due diligence exercise: £5,000,000

Shareholder dispute regarding liability for payments to the group pension scheme and who should bear the shortfall under sections 75 and 75A of the Pensions Action 1995: £1,000,000 per year

Defending a claim regarding the contamination of land (phthalate and DOP contamination) that had leaked from the client’s site onto a neighbour’s land and liaising with the Environmental Agency given the presence of hazardous substances and hydrocarbons entering a local river.

Acting for a charity hospital in claims for increased patient fees from placing Care Commissioning Groups. This claim involves 12 CCG’s and a total claim in excess of £1,000,000.

Advising a hospital in relation to an attempt by the responsible CCG that the hospital should be responsible for collecting payment of future costs of prescriptions of £1,200,00 per year.

Claim against a company for breach of copyright and fraud by using our client’s test results to obtain a licence granted by a local authority (A9 approval) and against the local authority for incorrectly granting the approval.

A claim against former directors arising out of the dishonest diversion of income by selling products at cost to a separate company owned by them and then on selling the product whilst under-cutting the client on price: £750,000

A claim for the recovery of a loan made by an on-line lender fraudulently obtained by impersonation, involving pursuing the receiving bank for failure to follow anti-money laundering proceedings, resulting in a full recovery: £80,000

This solicitor hasn't yet added any education to their profile

Throughout my career I have had extensive and diverse interaction with many talented legal and business professionals, but I can say without hesitation or reserve, that David Bailey is quite simply one of the best commercial litigators and pragmatic individuals I have ever had the pleasure to work with. Possessing a sharp mind, extensive network of exceptional specialists, and what appears to be endless energy, he just rolls his sleeves up and gets the job done – installing confidence and integrity – and all with an unparalleled commitment to achieving success for his clients. Perhaps the clearest indication I can give is that if I were to face further legal challenges in the future he is the first man I want on my team. A rare find.

I met with David Bailey twelve years ago when one of our international trade suppliers wrongly tried to demand payment from our bank pursuant to an Irrevocable  Letter of Credit (guarantee). We had a very delicate situation because our bank was required to honour its guarantee in spite of the fact  we had drawn their attention to foul play. David took this matter in hand and not only stopped the bank paying the supplier but later on he closed the full matter to our full our satisfaction. Since then we have given six more cases to David involving complex issues such as unfair prejudice pensions, and rights of ownership of plant worth £2.7 million and he either won them for us or arrived at a satisfactory agreement with the other side.

Having instructed David Bailey over a number of years in relation to professional negligence matters against both valuers and solicitors we have found him to be an excellent lawyer, very adept at resolving disputes between professionals with a most efficient, capable, diligent and commercial approach. The client communication he provides is always concise and accurate and cases are moved forward in a timely fashion.

£850,000 recovery in a group of claims against a firm of solicitors on behalf of a finance company.
Successfully pursuing claims valuers for negligence arising out of loans made on five buy to Let portfolios.

The claim against a firm of surveyors and the individual surveyor for their alleged negligent overvaluation of nearly 50 properties and involving complex issues of contributory negligence, mitigation and securitisation were concluded within record time and resulted in a recovery of £4,000,000

Effective use of Aternative Dispute Resolution methods to avoid the need for lengthy litigation and recovering £2 million.

In this complex claim arising as a result of a failure to provide appropriate wealth management and pension/investment advice time was of the essence as the clients were approaching their retirement. The claim was for a failure to, properly assess (and keep under review) the level of risk the clients were willing and able to take in relation to their money which was to be invested and select investments consistent with their risk category.

Acting for the trustee of two estates in relation to a claim against a firm of solicitors for advice that the trustees sign a variation to a Nil Rate Band Trust to regularise the inheritance tax position. However this was inappropriate and as such the trustee was in breach of trust. The case also involved s61 of the Trustee Act 1925. On our advice the client was able to mitigate the loss in full.

BPE solicitors v Hughes Holland (in substitution for Gabriel)
What! My compensation may be taxable?
+ View More