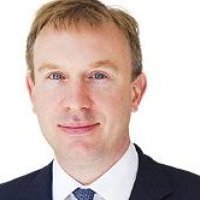 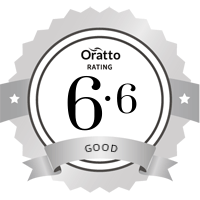 Hello. I'm Henry. I'm glad to make your acquaintance. I always look forward to meeting new clients, so drop me a line using the contact button.

Hello. I'm Henry. I'm glad to make your acquaintance. I always look forward to meeting new clients, so drop me a line using the contact button.

Henry has worked at Harcus Sinclair for 12 years and became a partner of the firm in April 2015.  Prior to that, he trained at a leading London private client firm.

His experience covers claims against financial advisers, all aspects of trust disputes, probate claims (particularly claims brought under the Inheritance (Provision for Family and Dependents) Act 1975 and claims involving the testamentary capacity of the testator) and advising trustees in the context of divorce proceedings.  He also has experience of group litigation in professional negligence and trust claims against advisers.  As well as assisting onshore clients, ‎his work has a significant cross-border element.‎

Henry acted on the infamous “Chinese restaurant” probate dispute of Blackman and others v Man and others, for the defendants who won at trial.  Henry was, as the principal solicitor on the case, responsible for running it.  See http://www.dailymail.co.uk/news/article-1030169/Thanks-tip-Restaurant-keeps-9million-favourite-customers-10million-contested-will.html

At the time of writing Henry is acting for clients who are defending a 1975 Act claim brought by their stepmother in a £30million estate. Henry also acts for clients who are claiming their stepmother defrauded their incapacitated father out of several million pounds before he died.  Separately, he is currently acting for the trustees in three big money divorce cases (where the assets up for division range from £5million to £2billion).

Henry has also acted for several private clients in cases where they have sued their professional advisers for negligent advice.  This covers (without limitation) advice on film schemes, investments and insurance products.  Each case has led to a favourable settlement for the client.

Henry handles the firm's Privy Council agency work and has advised on over 30 appeals and applications for permission to appeal to the Judicial Committee of the Privy Council.  Inclusive of that, Henry has had the experience of several cases in the Court of Appeal and one in the Supreme Court.

Henry understands the stresses and pressures of litigation.  Whilst always ready to take a matter to trial if required, he will consider other forms of providing a client with a solution, such as mediation and negotiation, both of which he has considerable experience.

Henry trained at Speechly Bircham before joining Harcus Sinclair in 2005.  Henry became a partner in 2015.  He is recommended in both leading directories and has been described by the Legal 500 (2016 edition) as “a calm head” with “a measured style when dealing with opponents” and in Chambers and Partners (2017 edition) as “very bright and able” and able to “keep his head under a considerable amount of pressure”.

His experience covers claims against financial advisers, all aspects of trust disputes, probate claims and advising trustees in the context of divorce proceedings.  He also has experience of group litigation in professional negligence and trust claims against advisers.  As well as assisting onshore clients, ‎his work has a significant cross-border element.‎

The "very bright and able" Henry Hickman advises clients on complex trust disputes and probate proceedings, and also acts for professional advisers facing claims. "He can keep his head under a considerable amount of pressure,"

a calm head” with “a measured style when dealing with opponents”

This solicitor hasn't yet added any case studies to their profile

In the summer of 2015, Henry represented Barry Beavis (on a pro bono basis) ‎in the widely publicised Supreme Court case concerning the law of penalties in the context of consumer contracts, Beavis v ParkingEye Ltd, which resulted in the most significant judgment for 100 years in that particular area of law.

Golda Bechal’s nephews and nieces challenged the validity of two wills she made in 1994 because they purported to revoke an earlier will made in 1988, ‘probably’ dividing the estate (worth around £10 m) between members of her family and Jewish charities – the latter being the main beneficiary. There was no copy or documentary evidence of this earlier will, so the estate would have normally gone to her next of kin on intestacy with the charities missing out. The new wills (one made minor revisions to the other) left the bulk of her estate to her long-standing friends, Mr and Mrs Man, but the claimants argued that Mrs Bechal lacked testamentary capacity and ‘want of knowledge and approval’.

Sir Donald Rattee, the High Court judge, did not agree and upheld the will.

The 48-year-old motorist from Chelmsford says fine in private car park was unlawful, in a challenge expected to have wide repercussions for drivers

A motorist who challenged “rip off” fines imposed by private car park operators is to take his legal battle to the Supreme Court.

​Lawyers for Barry Beavis will argue in the highest court of the land on Tuesday that he should not be bound by an £85 fine for overstaying in a Chelmsford car park in 2013.

Three appeal judges unanimously dismissed an earlier appeal by Mr Beavis in April this year, ruling the penalty was "not extravagant or unconscionable".

Consumer groups have warned April’s ruling could encourage excessive charges in car parks and even have a knock-on effect into other sectors.

Mr Beavis, a fish and chip shop owner from Chelmsford, was sent a penalty notice for £85 in April 2013.

Private car park operator ParkingEye said he overstayed a two hour limit at a car park next to the town’s railway station by 56 minutes.

If the Supreme Court over-rules the appeal court judgment it will allow motorists to appeal penalty charges imposed on private land.

Mr Beavis, 48, said: "I am confident that the Supreme Court will overturn the decision of the Court of Appeal as this parking charge is totally unfair and should be thrown out."

Henry Hickman, of law firm Harcus Sinclair (CORR) which is acting for Mr Beavis on a pro bono basis, said: “Motorists are currently being charged millions of pounds per year in parking penalties by private parking companies and this Supreme Court ruling will affect millions of motorists up and down the country.

“It is a vindication of the English civil justice system that a case involving an individual who has been issued a disproportionate parking penalty charge by a private parking company is being heard by the highest court in the land.

“Seven of the most senior judges in England and Wales will be considering the implications of a private parking company ordering a motorist to pay £85 for overstaying by 56 minutes.”

After the ruling in April Professor Stephen Glaister, director of the RAC Foundation, said it was “deeply frustrating” that the case has gone against Mr Beavis.

He added: “It should not be up to the industry to self-regulate and there needs to be a fair and reasonable code of practice set up by government."

Richard Lloyd, of Which?, the consumer watchdog, said at the time that the “waters down the law on penalty charges and may encourage excessive default charges across a wide range of consumer markets”.

ParkingEye argued at a hearing before Lord Justice Moore-Bick, Lord Justice Patten and Sir Timothy Lloyd that the charges were "a commercially justified deterrent" for a city centre car park to discourage overstayers.

When he refused to pay an £85 penalty charge, he was sent a court summons to appear at Chelmsford magistrates' court and informed the fine had been increased to £150.

The fine was challenged unsuccessfully at Cambridge County Court last May and then at the Court of Appeal.