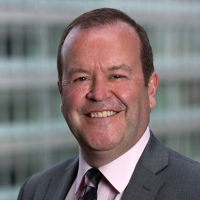 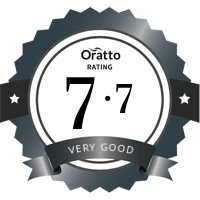 Hello there! I'm Mark. I'm always keen to help new clients, so please don't be afraid to fill out the contact form by clicking the 'Contact me' button.

Hello there! I'm Mark. I'm always keen to help new clients, so please don't be afraid to fill out the contact form by clicking the 'Contact me' button.

Mark qualified as a solicitor in 1987 and is a Partner in the Commercial Litigation team. He joined the firm in June 2013 from Goodman Harvey LLP where he was the head  of litigation. Prior to that, he was the former acting head of litigation at George Davies LLP (Now Mills and Reeve).With over 25 years’ experience across a wide range of litigation matters but his niche specialisms are construction contract disputes, professional negligence claims and property litigation. His client base ranges from well known house builders and developers to high profile sporting celebrities, many who have instructed him for numerous years. In 2013 the Legal 500 described Mark as someone who “gets to the crux of the problem very quickly with the 2014 rankings commenting that Mark is a professional who "grasps the risk,rewards and commercial aspects of cases".

Mark has practised in litigation in Manchester for over 20 years. He has advised companies of all sizes and nationally renowned names in areas of commerce, sport and entertainment. He has also acted for and against the Ministry of Justice and most recently has acted for a group of litigants seeking to overturn recent government judicial reforms. In addition he has acted successfully in landmark decisions coming before the Court of Appeal on numerous occasions. Such high profile cases involving areas such as contractual timings and damages flowing from breaches of contract and acts of negligence have led to him to giving advice to companies involved in international and cross-border disputes.

Mark worked in the public sector until 1990 and moved into a firm who principally acted for large international developers. Previously he was acting head of litigation at George Davis and joined his firm in 2013 as a partner when it merged with Goodman Harvey.

"Mark shows an ability to assess the commerciality of a situation very quickly and give a pragmatic approach to any problem. I trust his advice implicitly."

'receiving unanimous accolades from peers and clients for his pragmatic and commercial approach to litigation matters'. One client particularly appreciates that he 'treats every situation personally - he sees it as out problem, and that gives me great confidence'.

'grasps the risk, rewards and commercial aspects of cases'

'gets to the crux of the problem very quickly.'

Successfully defending an attempted strike out in a procurement case.

Ex parte injunction to prevent the use of confidential information.

Ex parte injunction to prevent the use of confidential information.

Successful claim against a prominent premiership football club for breach of contract by a player.